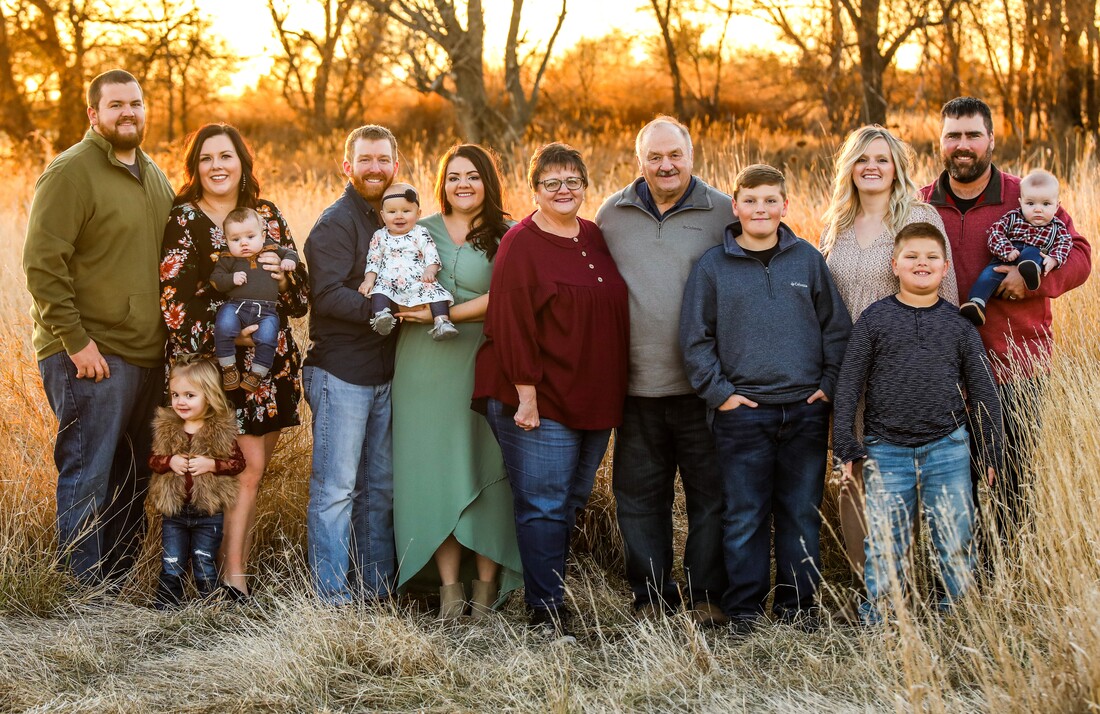 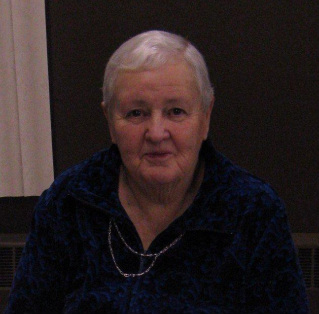 Allene Eisenbeisz
Hilltop Angus Farm was established by Morris and Allene Eisenbeisz in 1956 when they bought their first purebred Angus cows.  In 1976, Blake joined them in the Hilltop Angus business and began production testing with AHIR.  Their first Hilltop Angus Production Sale was held in 1978 at the Bowdle Livestock sale barn. The sale was held at this facility for 3 years until Blake and Morris built a new sale barn on Blake’s farm one mile south of Bowdle.  Morris & Allene, along with Blake and Glenda Eisenbeisz had continued the production sales, with the 43rd sale taking place in February 17, 2021. They have been joined by Blake Jr. and Jordre Eisenbeisz.

Sale time is a family affair with Blake Jr and Jordre Eisenbeisz, Lyle & Brooke (Eisenbeisz) Heilman, Paige and Seth Hanson,  and Doug & Hope Larson assisting annually on sale day.  Morris passed away in 2009, but had helped feed some of the cows until a few months before his death.  Everyone recognized Morris as the man that could make anyone laugh.  He was a prosperous cattleman that was well known throughout the industry for many years.

The farm is solely a family operation.  Blake and son, Blake Jr., handle all the livestock as well as the day to day work around the place, while Glenda takes care of all the paperwork and recordkeeping, sale time preparations, advertising, and marketing for the bull sale and throughout the year.

Blake's family has stayed involved in agriculture in some way or another for the most part.  Brooke married Lyle Heilman who is farming and ranching with his father in the Bowdle area, while Brooke works as CFO for the Bowdle Healthcare Center. Their sons are Isaiah, Jeremiah, and Lucah. Paige and Seth Hanson currently live in Cooperstown, ND where she is a paralegal, and a court reporter. Seth is a self-employed contractor. They have a daughter, Luella.  Blake Jr. attended South Dakota State University,  where he pursued a bachelors degree in Animal Science and was a member of the SDSU Livestock Judging Team.  Following his graduation in 2014, he came to work at Hilltop Angus Farm. His wife, Jordre, became a part of the family in 2016.  She works as a registered nurse at the Bowdle Hospital. They have a daughter, Miley Grace, and a son, Blake Lane III.  Allene stayed busy as a 4-H club leader for over 50 years. In the past, she was in charge of much of the recordkeeping for the Hilltop operation.